You have something astonishing hidden inside you.
The problem is, it’s buried deep.
Really deep.

Join My Course to Unlock Your Masterpiece

You know there’s something amazing inside you.

You’ve been chipping away at it for years, uncovering new layers, but never quite reaching the core.

You’ve devoted hours to practice, you’ve read a ton of books on self-motivation, you’ve worked your ass off to get there. You’re dedicated to performing your best, and even more than that, being the very best version of yourself you can be.

But stuff gets in the way.

You get caught up in your own head, you self-sabotage, life throws you a curve ball … there’s always something that stops you going all the way.

Your inner masterpiece is ready to be let loose — what you don’t know is that you’re the only person who can make that happen.

But that doesn’t mean you’re on your own. 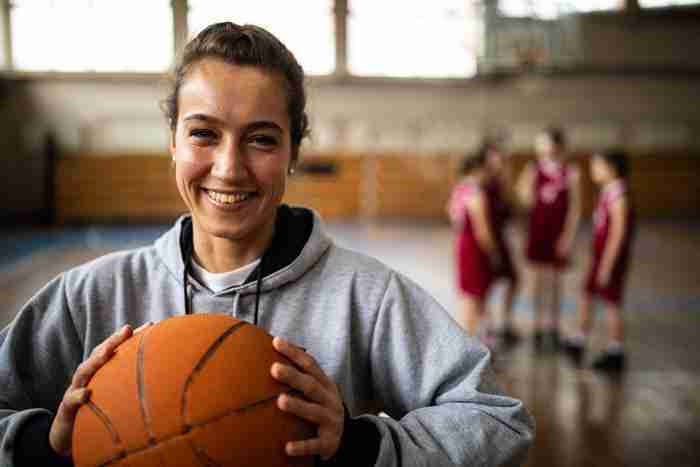 For athletes, and those wanting to perform at their highest level in any capacity. 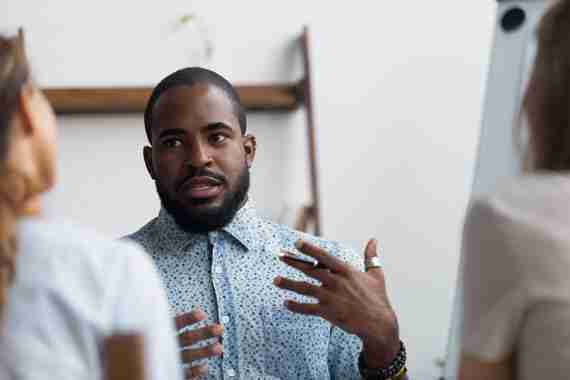 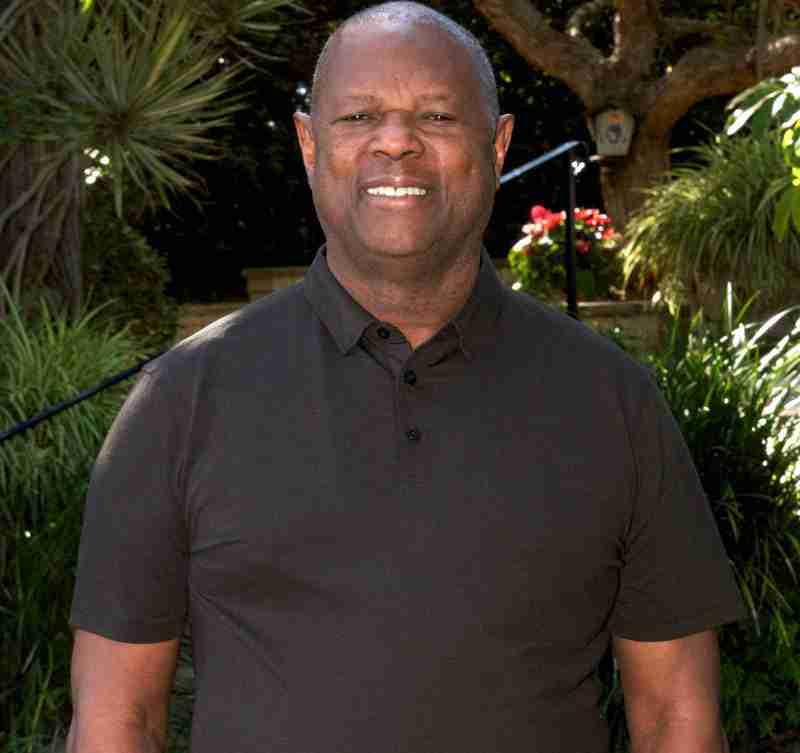 I’m George Mumford, and I’m here to teach you how to unlock your masterpiece like an athlete with the Mindful Athlete course.

The culmination of years of working with some of the most dedicated, challenging people in the world, this course teaches you practices and mindset you need to push through the stuff that’s distracting you: the life stuff, your knee-jerk reaction to external stress, and even the unconscious attachment you have to your suffering.

Join Me!
“George has ‘Mumfied’ the teams I coached over the past 20 years. He has a style of mindfulness that goes beyond ‘just sitting/breathing’ to focusing while in action. For anyone needing to perform at the highest level, this book is for you.” 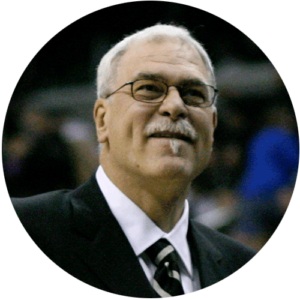 Here’s the thing nobody understands about masterpieces:

The secret to unlocking them is simple yet profound. It’s about mastering the space between stimulus and response.

Just one problem: you’ve been trained not to do that.

It goes against everything you’ve learned from society, it goes against the habits you’ve spent years creating. Heck, it even goes against your own biology. Our very nature as humans is reflexive.

This leaves you disempowered and reactive, at the mercy of the external. Powerless against those curve balls that stuff that life keeps throwing at you.

But what if you could take back control of your own responses?

What if you could knock down the barriers you’ve created and eliminate those moments of self-sabotage?

What if you could push past that final hurdle that’s stopping you from reaching your peak performance?

I’ll teach you how. 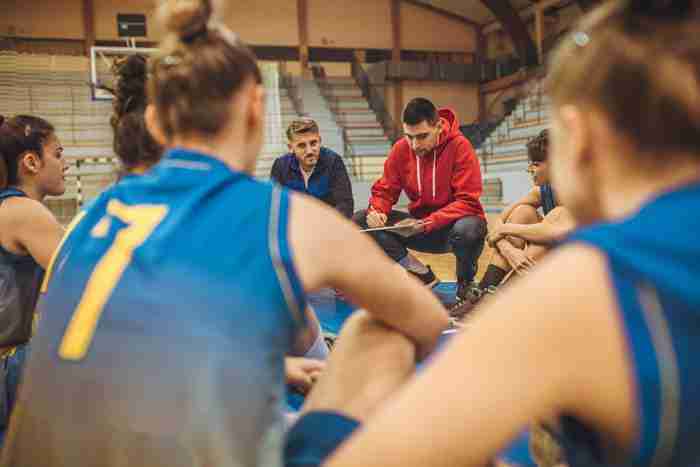 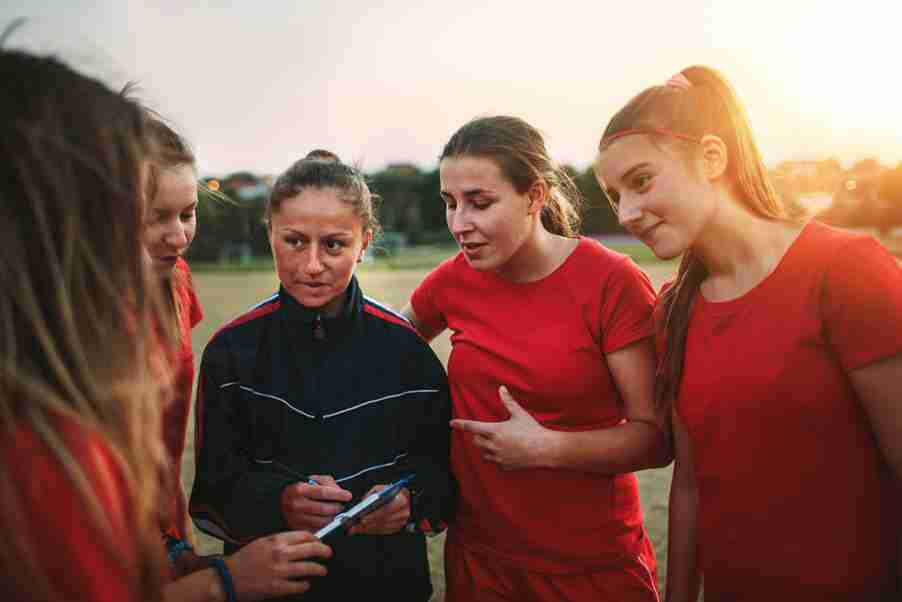 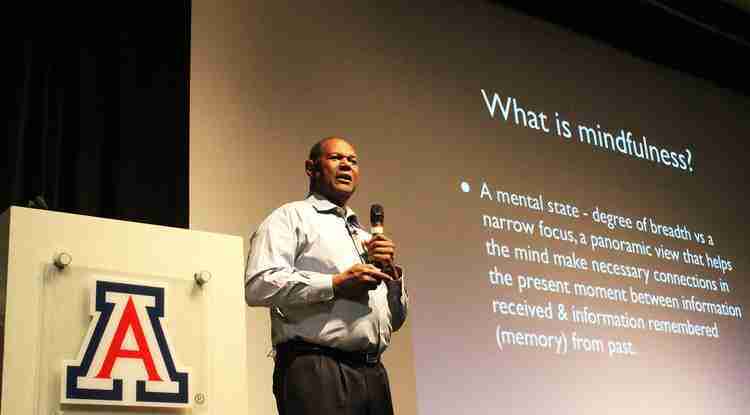 My story: from the locker room to the board room.

Elite athletes make peak performance look effortless. You see the intense concentration they have when they’re on the court or on the field. You see them tune out the crowds, the noise, even the opposition as they perform fully in “the zone”. You see them work miracles!

What you don’t see is all of the work going on in the background. But it’s there.

I know because I’ve been lucky enough to coach some of the most revered athletes in the world, from NBA champions to Olympians, working with them to level-up their performance on and off the court, the field, or the track. I’ve helped them create new habits and new mindsets and develop new practices that let them act from that space between stimulus and response.

The practices that have helped them stay in “the zone” under the scrutiny of the fans, their coaches and, at times, the world.

But it’s not only high-level athletes who can benefit from these practices; I’ve worked with everyone from Yale to jail, from stressed-out boardroom executives to artists who’ve hit a block in their creativity.

I’ve shown each and every one of them that everything is connected.

That who you are in the world at large is who you are on the court, on the field, on the yoga mat, in the boardroom.

And whatever challenges you’re facing, or whatever you want to achieve, if your mind is constantly filled with thoughts and emotions, if you’re focusing on how you’re doing instead of what you’re doing, you’re no longer in that flow state that’ll carry you to your optimal performance.

The flow state that’ll help you unlock your masterpiece.

Join me in the Mindful Athlete Course and learn the secrets to peak performance I’ve taught Michael Jordan, Kobe Bryant, and Shaquille O’Neal.

I’m going to prove that you’re the only one who can release that divine spark within you to start filling your life with more peace, more joy, and more creativity.

Sure, you’re the one that needs to do the work, but don’t worry, you’re not alone…

With the Mindful Athlete Course, you’ll have access to practices you can implement daily to start changing your life. I’ll invite you to join me and other like-minded people in a private Facebook group so you can learn from those who are taking the same path to uncover their masterpieces.

Plus, you’ll be able to learn from me directly with quarterly group Q&A calls.

(This is the ONLY way to have live access to me, aside from working with me 1:1 which is a significantly larger investment.) 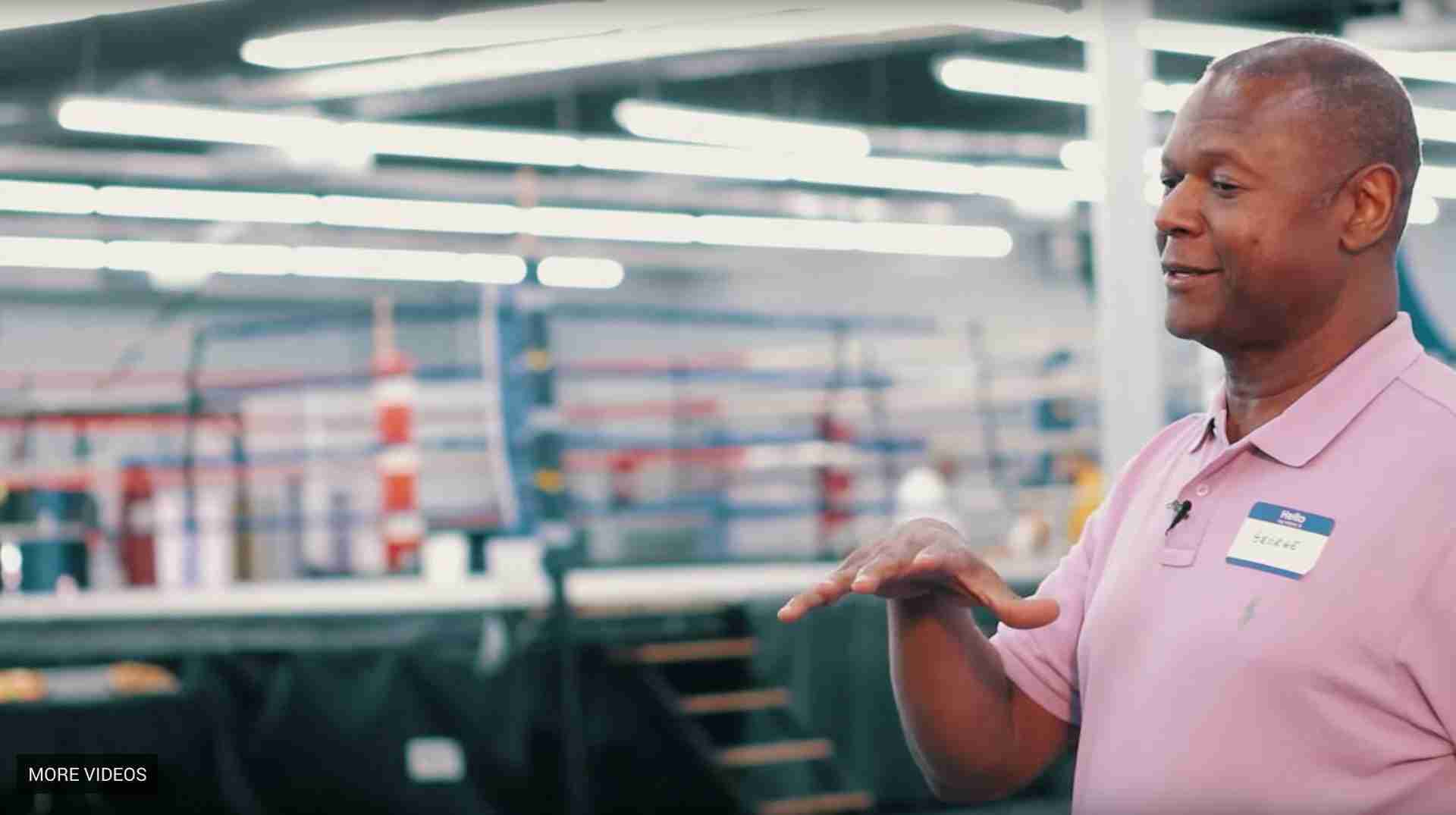 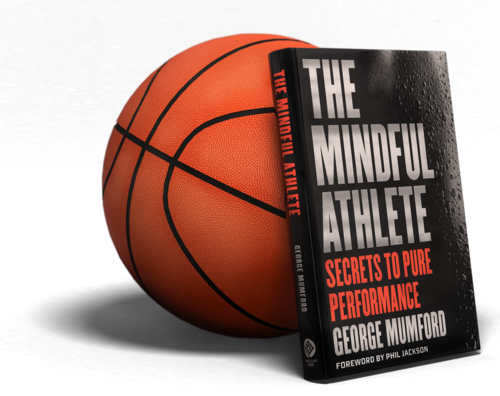 What You’ll Get Out of the Mindful Athlete Course

“Full of wisdom and heart, both a moving story and powerful practices from a very fine teacher. George Mumford shows how to find freedom in a game fully played and a life well lived.” 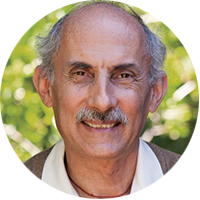 When you sign up to the course you’ll automatically get lifetime access to all of the modules.

Why You Absolutely HAVE TO Have Your Ass on Fire

Why is is to important to have your ass on fire?

Module 1 will reveal all — it’ll help you determine whether your ass is on fire and what you can do if it isn’t.

It’ll also show you how to get the most bang for your buck as you move through the course, how to join in with our community of mindful athletes, and why it’s so important that you have the support of others as you start chipping away at that inner masterpiece.

In modules 2 – 6, I’ll teach you the 5 superpowers that will keep you at the top of your game, no matter what: concentration, right effort, insight, trust, and mindfulness.

Forget the jargon though, I’m going to break down, in simple terms, what each of these actually means.

We’ll look at how you’ve struggled with these areas in the past and how other athletes are making the most of each superpower in their own practice. Most importantly, you’ll learn how to take each concept and put it into practice yourself.

By the time you hit module 7, you’ll know what it’s going to take to unlock that divine spark inside you.

But knowing and doing isn’t always the same thing! So I’m still in this with you…

In this module I’m going to show you:

We’ll look further into the support you can get from those around you, whether that’s our Facebook community or a community near you. We’ll show you how to connect with an accountability partner and how to continue your study (there’s always more to learn!).

And I’ll help you find new ways to connect you to your masterpiece, through nature, through music, through community — whatever works for you — and how to incorporate them into your life every day.

If you’re thinking “OK great, maybe I’ll circle back to this later…” PAUSE.

You already know right now whether this course is right for you. If it is, it’s time to take the plunge.

Not next week. Not next month. Now.

Why now? Because now is all you have.

It’s all any of us has. Tomorrow is never guaranteed, and yesterday is gone. That leaves today. This moment. Right now.

You’ve spent too long chipping away at your masterpiece, now is the time to uncover those final layers. It’s time to prove to yourself what you can achieve.

You need this now, but more importantly, the world needs this NOW.

The world is crying out for more people who know themselves, and who can express themselves. The world needs people who have found joy and peace and who’ve found a way to connect with others, through connecting first with themselves. 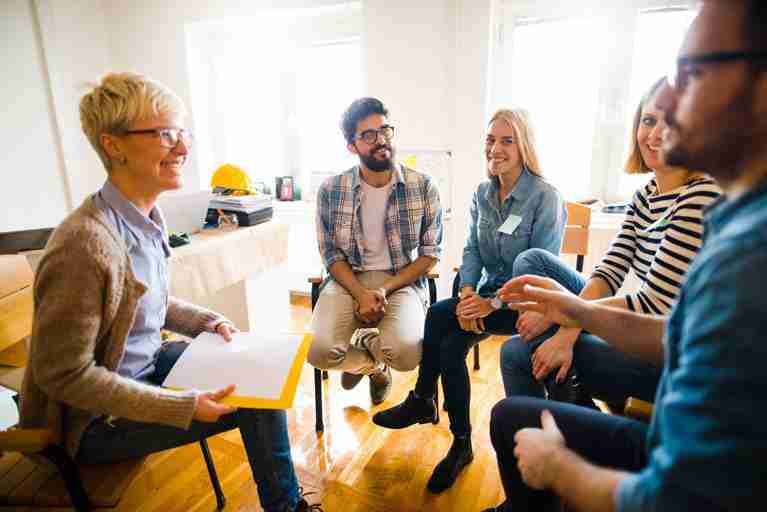 The world needs you and it needs your divine spark. It needs you to finally break through to that inner core of your masterpiece.

So the only question left is … are you going to step up?

I really hope you will.

Ready to unlock your inner masterpiece and finally start living your lit-up life?